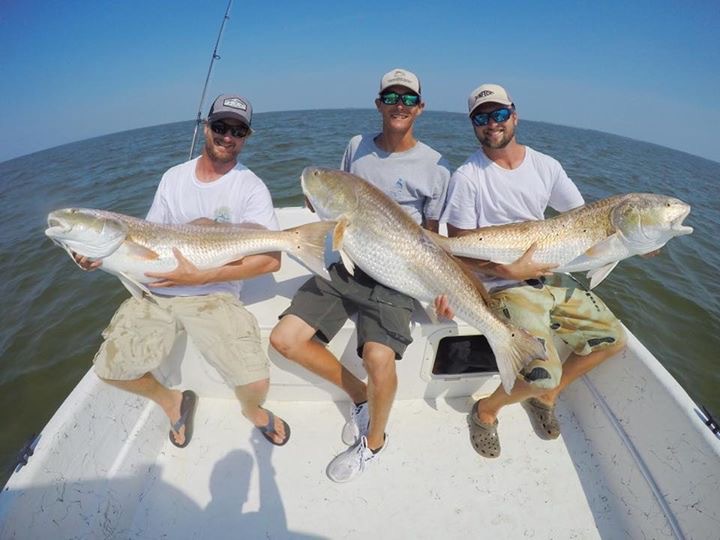 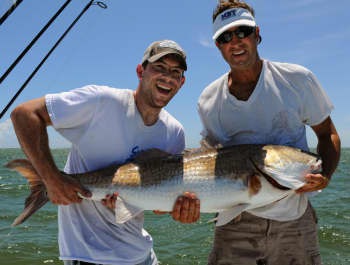 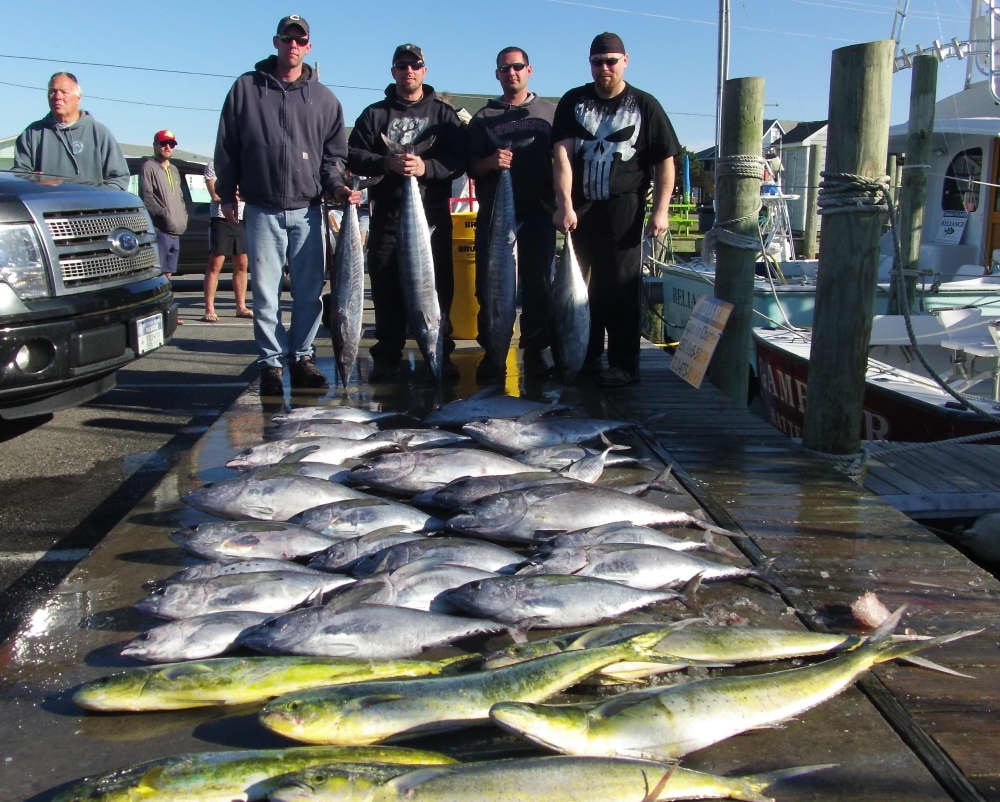 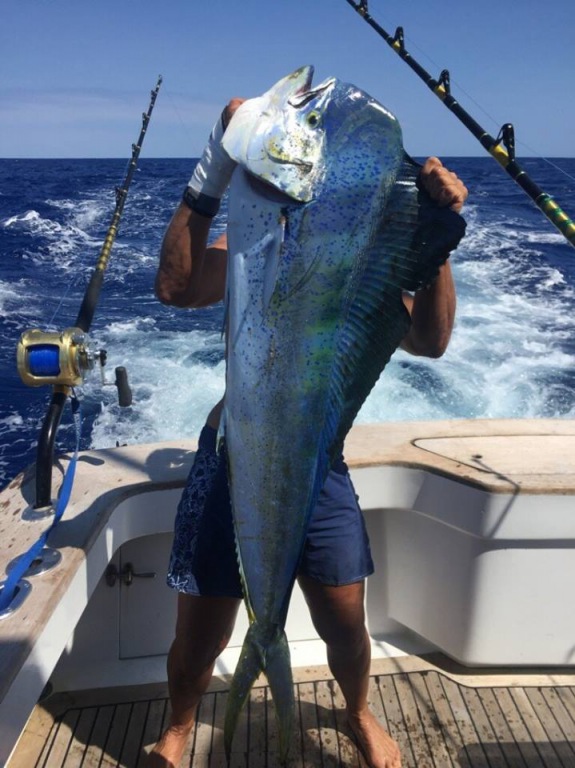 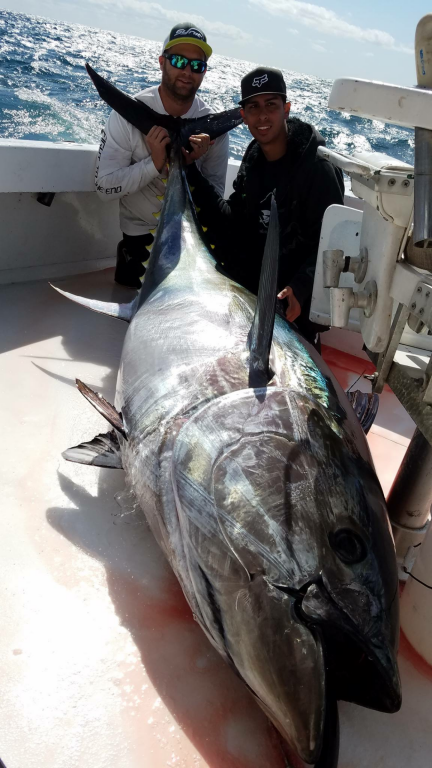 Happy St. Patrick's Day! Enjoy good food, good times, and leprechaun laughter with family and friends. We regret to inform you that access to Dare County is restricted to residents due to the spread of Coronavirus. We are not sure how long this restriction will be in effect. We hope to be ready for the arrival of Spring along with wet lines.

It has been a busy time around Hatteras Harbor. Many repairs have taken place - charter boats needed their yearly upgrades (captains have been focused on their duties!), our underground fuel tanks are being replaced with aboveground tanks and repairs on the docks start soon. A couple of inshore charters went out today. Red Drum, Speckled Trout, and Bluefish were caught but no keepers. Don't miss out on the fishing scene, book an offshore or inshore charter while on your Spring break. You can book us by calling 800-676-4939 or you can book online. Visit our website hatterasharbor.com to view our fleet and services. 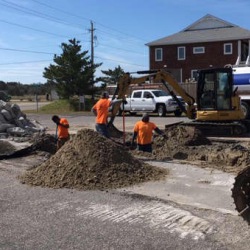 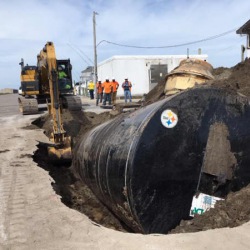 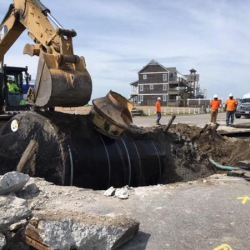 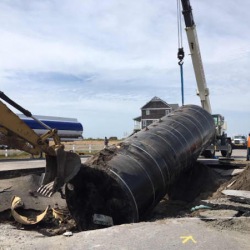 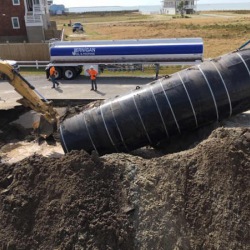 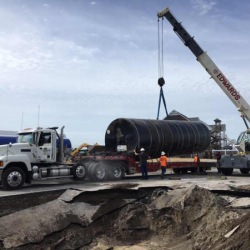 A few boats fishing Offshore today. Weather was bright and warmer than it has been. A bit of a swell Offshore but still a good day to fish. Excellent Blackfin Tuna with a few Amberjack. 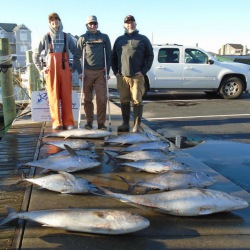 One boat headed out this morning, he returned with the first Dolphin of the year, some Blackfin Tuna and False Albacore.

One boat fishing Offshore today. They found fair catches of Blackfin Tuna and Sea Bass with a few Shark released. 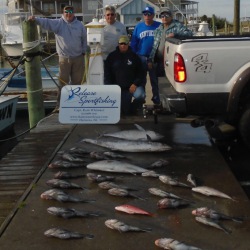 It was quite cold today although abundant sunshine helped to alleviate the chill! One boat ventured offshore and experienced lots of Shark activity along with a few Blackfin Tuna. March into Spring with a fishing adventure inshore into the Pamlico Sound or offshore into the Gulf Stream. Give us a call at 800-676-4939 for more information. We'll be glad to hook you up!

A few boats fishing Offshore today. Weather was calm with temps in the 50's. The main catch for the day was Blackfin Tuna with a few King Mackerel, Amberjack, Triggerfish and Sea Bass. 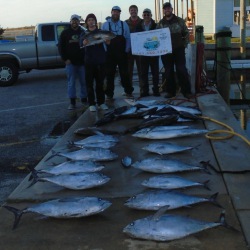 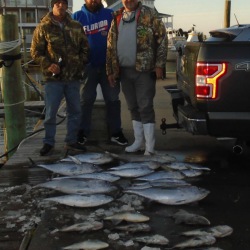 One boat fishing Offshore today had an excellent catch of Blackfin Tuna. Weather was slick calm and in the 60's really pretty day.

Stan Simmerman of Hampton, VA 22lbs and a 100" Shark release. 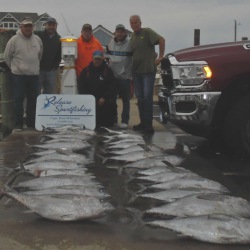 A couple of boats out fishing Offshore today. They had calm seas with chilly temps in the lower 50's. Excellent catches of Blackfin Tuna on the dock. Calls are starting to come in for the 2020 season don't miss your chance! Marina 50% sale still going on, but not for much longer new stuff is starting to arrive. Come check out some great items. 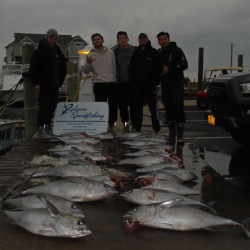 A couple of boats out fishing today. They caught excellent citation size Blackfin Tuna. There were also some Amberjack and Triggerfish. 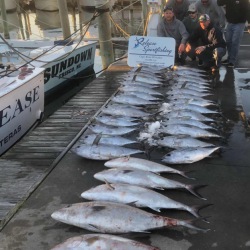 Finally, the weather cooperated and we happened to have some fishing patrons today - what a surprise! Charters that headed north got on a nice catch of Yellowfin Tuna. One charter went out jigging and boated a nice catch of Blackfin Tuna. The Tuna bite should be picking up, working around the weather is another story altogether - but we'll do our best to get you out! 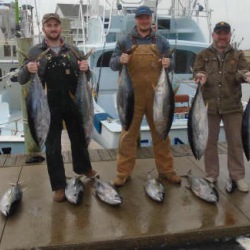 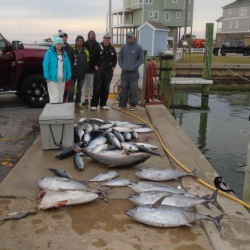 Weather continues to keep boats at the docks. High of 40 today which is quite the drop from the 60's a few days ago. Some hardy duck hunters have been out in the sound. They have been having slow to fair days depending on the weather. Hoping for better weather soon.

Several boats out fishing today they caught excellent King Mackerel and saw several Bluefin Tuna. The marina will be closed from December 23-Jan 1. Happy Holidays and a safe and prosperous New Year. 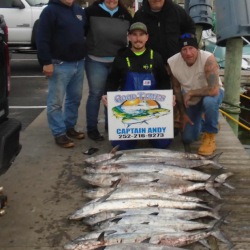 It has been quite some time since we've had people out on the water - the weather does not want to let up! Despite cold temperatures, we had two charters that went offshore today. It was still a little rough and the Shark action was the most prevalent bite. They headed in closer to nearshore and enjoyed a day o day of releasing big Red Drum and had some luck with King Mackerel as well. Several commercial boats went out, but lack of live bait and the active Shark activity made it difficult. We will be closing 12/23/2019 through 1/1/2020 for the holidays -  be sure to get in for your last minute Christmas shopping! 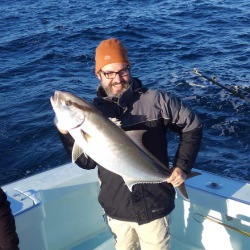 A couple of boats headed out to do some commercial fishing for King Mackerel and reported really good catches.

The wind fell out somewhat last night and one boat fished offshore today - finally! Heavy rain and a big swell sent them back early with a nice catch of King Mackerel. It is opening day of Duck season and the weather certainly fit the bill (no pun intended). Those trips run daily (except Sunday). There are many activities in Hatteras to take place during Winter and the weather fluctuates between mild days and blow days, so plan a trip for the upcoming holidays. Hopefully we'll be able to get out to the Tuna soon. In the meantime stop by the Ship's Store and mark those names off your list. Our end of the year SALE ends at the end of the year - come by and take advantage of our prices. 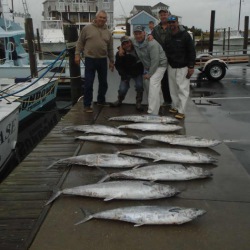 The weather has been keeping everyone at the dock for the most part of December. Maybe we'll get a break soon! In the meantime stop by the Ship's Store for our great end of the year SALE! Pick up a few odds and ends for last minute Christmas gifts.

We had one charter head offshore this morning. They went "live baiting" for King Mackerel and boated some nice size Kings. They reported cold conditions, however, the fishing action kept them busy and warm! Highway 12 is underwater during periods of high tide due to a big ocean swell in Avon and Rodanthe. Stay safe out there and remember that water approaching from the east IS salt water! 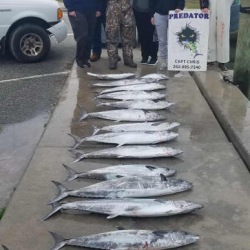