When it comes to charter boat fishing on the Outer Banks of North Carolina, the name Hatteras and world class fishing go hand in hand…

Either offshore or inshore, Hatteras has it all and no one takes fishing more seriously than the captains and mates of the Hatteras Harbor Marina Charter Fleet. The largest and most experienced in the area, the fleet enjoys one of the shortest runs to the gulfstream where an abundance of fish is caught year round. From marlin, sailfish, tuna, dolphin and wahoo offshore to speckled trout, flounder, bluefish and red drum inshore our fleet is ready to serve your needs. Boats return to the docks between 4-5pm it's a great treat for the whole family to watch the catches hit the dock.

Bring the entire family and enjoy uncrowded pristine beaches amid a relaxed atmosphere where southern hospitality is at its best!

Hatteras Harbor Marina is proud to be the only marina on Hatteras Island to have a Charter Boat Association. Any boat running charters from our dock is required to be a member. This provides you security in knowing all boats have the required pertinent Coast Guard licenses, Marine Fisheries Permits and Insurances. All members are also required to be available for random drug testing and are subject to disciplinary measures. Our goal as a marina and association is to work together for the good of everyone. We provide a comfortable and safe family environment for our customers.

The HHCBA mission statement states "Our mission is to maintain a membership of qualified, competent charter boat owners and operators for the collective good of our captains, marina, supporting businesses and community."

There are more and more boats competing for trips in our area and not all of them have the knowledge and experience required to fish our waters. Please be aware of who and what you are putting your hard earned money into. Some important questions to ask are: At what marina are you located? Do you have your Coast Guard licenses and Fisheries permits? How long have you been fishing from Hatteras. How long have you run your boat? Be safe and fish on.

The fleet headed out to the blue water this morning looking to fill the party's coolers and they were able to find the fish and do just that. Excellent catches of Dolphin were hitting the dock this afternoon along with some Wahoo, Blackfin Tuna, and some bottom fish; Triggerfish and Tilefish. Release released 3 Blue Marlin, Tuna Duck released a Sailfish 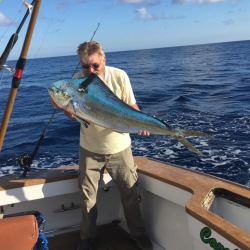 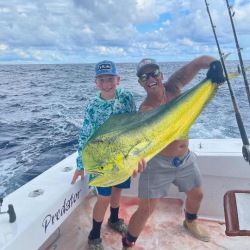 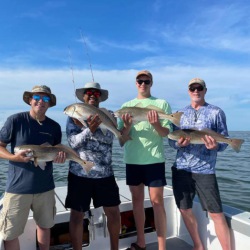 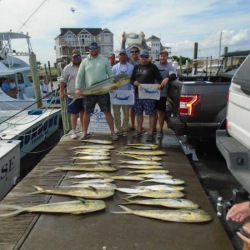 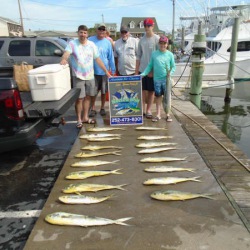 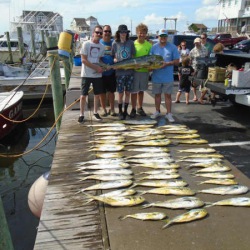 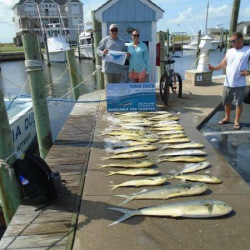 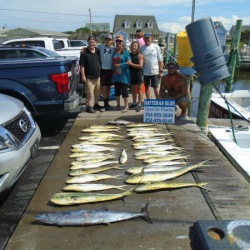 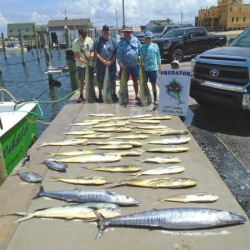 Michael Latham of Manassas, VA released a 48" Barracuda on Bite Me 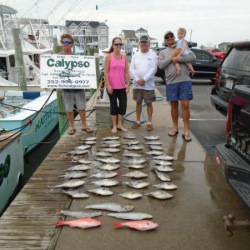 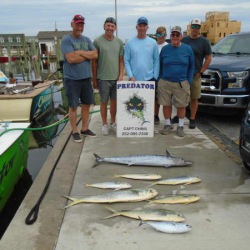 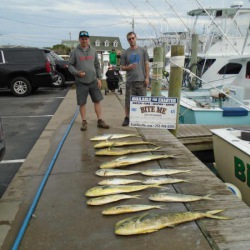 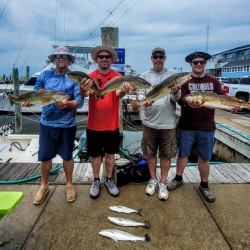 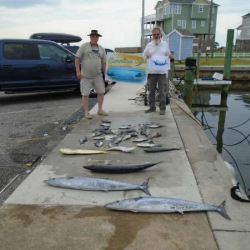 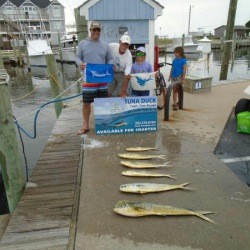 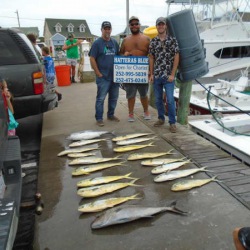 Either offshore or inshore, Hatteras has it all and no one takes fishing more seriously than the captains and mates of the Hatteras Harbor Marina Charter Fleet.

More About Our Fishing

More About Our Marina

Our fully furnished apartments have one bedroom with either a queen or 2 twin beds then 3 twins in the living area and sleep up to five people.

More About Our Accommodations